Kimiko Tohomiko just after the shower – she has not even frosted herself by a towel yet! 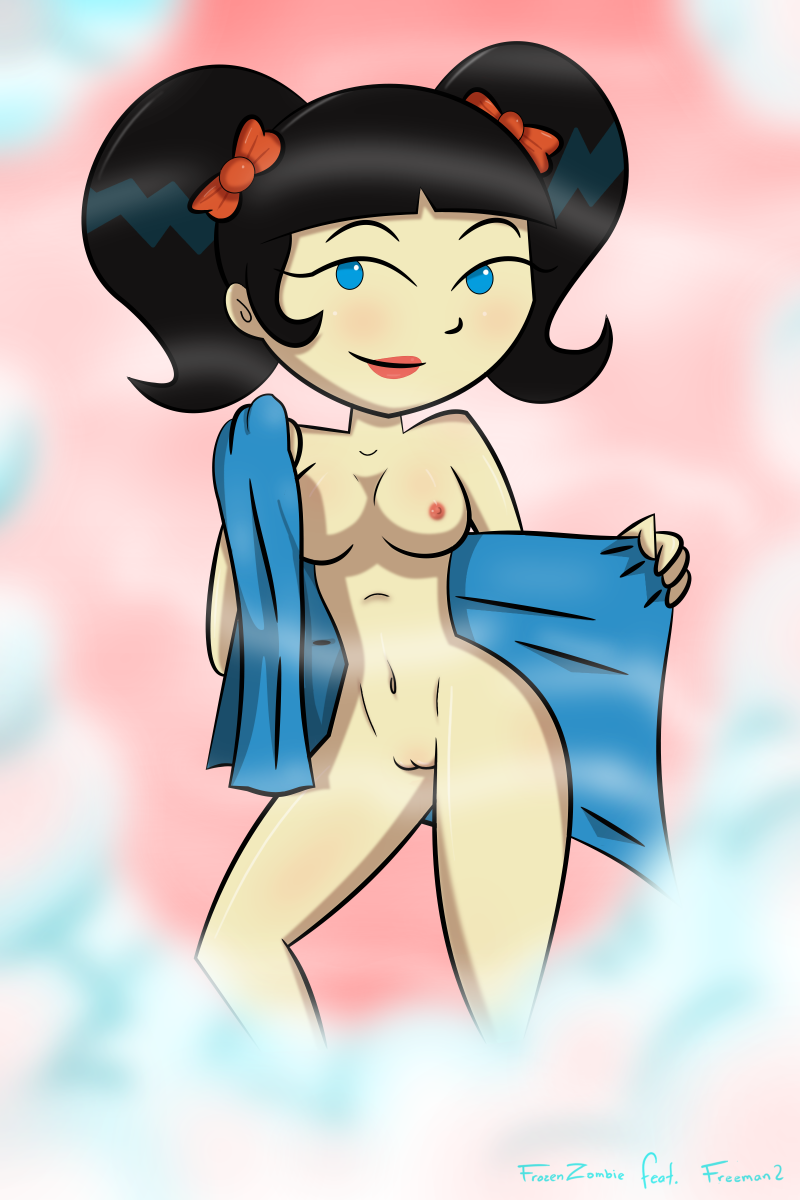